60.02/ From last night, mourning the passing of a #Steelers legend and - from what I hear - an all-around good guy, baal-chesed, #TunchIlkin

60.03/ It's absolutely crucial to hear what these conservatives think of women: as "host bodies" of a fetus. Women are objects to them. Dehumanization is the first step to the worst atrocities.

60.04/ I'm not a physician (just a doctor) but I come from a medical family and I recognize the whole MOOD in this.

60.06/ Thread about asking forgiveness before #RoshHashanah

60.08/ My kids learned a lesson this morning - despite my earlier warnings - about why you should always take your own Slichot book to shul. The pain of trying to use a paper Slichot erev #RoshHashanah is a hard teacher. 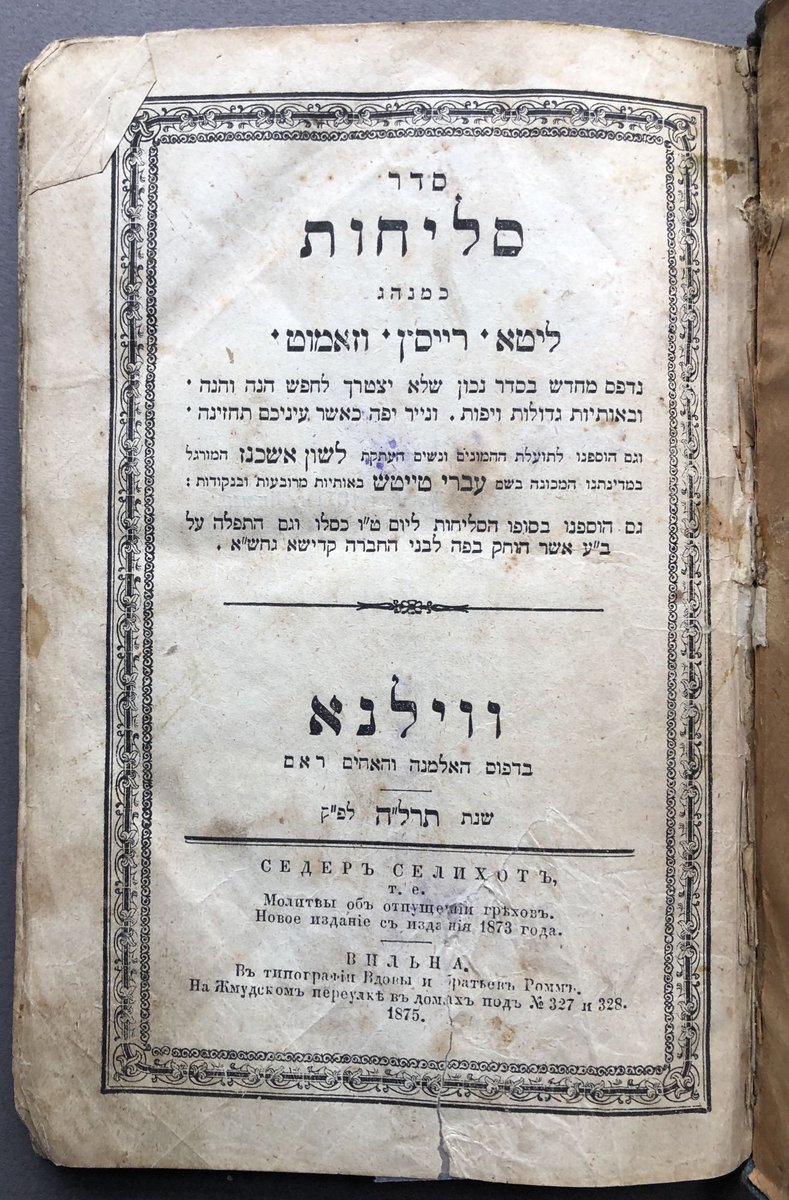 60.10/ 100%. There's a weird charity given to white weirdos choking back horse dewormer that absolutely wouldn't be afforded to a non-majority population.

60.11/ Never have I identified with a politician's position on any issue more than this

60.12/ Well, you know what they say: if you nap on #RoshHashanah you'll be well rested through the whole year. Actually, they say the opposite, but (a) the logic should work both ways & (b) napping is good.

60.13/ Shavua Tov, Shana Tova. Hope your #RoshHashanah was the right melange of terror and joy, and hope today's purging after binging is an easy fast.

That said, this was a fun thing to read motzei yom-tov:

60.14/ A friend of mine got a deal on some N95 masks because they were in a color/design that wasn't selling the way they expected. She asked me to guess and my immediate, and correct, answer: camouflage.

Why? Because the demography that loves camo gear aren't buying masks.

60.15/ On our recent tour of West Point they said that Lee never had any demerits while Grant had many. That seems to be a good metaphor for what Marshall is describing: Lee followed orders, was superlative at it. Grant went beyond the given limits.

60.16/ Me on RH: OK, I have to write down the shiurim I just taught, even more from new learning, and a drive to implement plans to improve this coming year.

#TzomGedalyah: Oh, hi! Is this a good time to sap your strength & make it impossible to think productively? No? Too bad.

60.17/ First time in many years that my parents were with us for #RoshHashanah as well as my kids. I treasure this gift & powerful mental/emotional drive to recognize the fragility of life.

Note: all are at a self-sufficient ages, so I'm like an Oreo of the sandwich generation.

60.19a/ I'm a big fan of the genre of "Explainers" (I also collect reference books, esp. quotes & aphorisms). Vox's series is pretty good but the most recent about "Apologies" is a good case to explain (har!) why I find secular "pop" ethics so shallow.
https://www.netflix.com/title/80216752

60.19b/ Religion can plausibly claim to base its ethics on immutable truth, secularism by definition can't do that. There's no science in the humanities. Secularism can't assert universality, it must rely on democratic consensus which means it's under constant change & debate.

60.20/ For all those who say Biden isn't doing anything and/or blame the Democrats for stasis and demand they "do something" I believe this counts as "something"
https://www.washingtonpost.com/politics/courts_law/texas-abortion-justice-lawsuit/2021/09/09/5d3eae0a-117a-11ec-9cb6-bf9351a25799_story.html …

60.21/ In this information age with the savvy spoilery meta-commentary youth culture, the ability to show my teenage son Terminator 1 & 2 and have him not know beforehand about the big reveal in T2 was a well executed, and exquisite, pleasure.

60.22/ Early onset chronic health problems mean being told that "you're too young to be in pain."

Things like that drove my nascent psychology to resist gaslighting & self-validate (through rigorous testing) my perceptions and feelings.

60.22b/ Impetus: I was fortunate to have a mask-only RH minyan. But it was in a room with just chairs, no seat-in-front bookrest. No tables (like I'm used to). So hours of holding up a book, even my mini Artscroll, messed up my forearm. Am I old enough finally to be in pain?

60.23/ IMO it's fitting that Bill Nunn was inducted to the NFL HoF the same year Marvin Miller received the same honor in the MLB. Nunn transformed the game by proving the value of HBCUs. Miller saved baseball by giving a voice/power to Labor, the players.

60.25/ Two #NFL observations: (1) Re: Belichick or Brady debate, as a non-expert yet close observer, the Bucs offensive drives look exactly like Pats drives. It's Brady. (2) Did Collinsworth get extra sycophanty over the summer? Maybe the Cowboys/TB12 bring out the worst in him

60.26b/ This is obvious clickbait, so I have no interest in reading a pro-Avoda Zara piece, with a (non) golden calf motif, in between RH & YK. It's provocative but as Max says:

60.27/ Gotta appreciate a well crafted, being both concise and intellectually cogent, tweet.

60.29/ Dr. Guttman z'l is the great-uncle of my childhood best friend and I heard many mind-blowing insider stories that about his incredible life that I presumed were exaggerations. Nope. It's sorta like only knowing a story via an unpublished prequel.
https://jewishlink.news/features/45854-poppa-knew-best-one-country-s-loss-became-the-world-s-gain …

60.30/ Re: vaccine mandates. I grok why fellow liberals are reluctant to use social force as leaders because autonomy & respect for difference are high ideals. But trust me: there's an unmitigated THRILL in using righteous force against those who are selfishly endangering others.

60.31/ A short thread about my technique in writing alt-text and my quest to find a way to integrate the added comments (an "afikoman prize") in the main reading experience.

"schmichel" (rhymes with tichel) (n.) = a tiny piece of bread you tear off your sandwich to make hamotzi on right after you wash in order to be able to speak (which is why you wouldn't take a full-fledged bite) and/or you need to other things before you sit down

60.33/ It took this to learn about the desperately needed "Merc's Law":

"The widespread assumption that only Democrats have any agency or causal influence over American politics."

(As far as I can tell it was invented by @LemieuxLGM)

60.34/ This is egregious OPI (offensive pass interference) right in front of a ref. NFL fans have come to detest the outright bias and corruption that - coincidently - helps Brady win games he was about to lose. Goodell's ignominious tenure continues.

60.35/ I lived in Manhattan on 9/11 & I'm glad the grisly, overwrought memorializing will be on Shabbos so I don't need to be retraumatized every minute of the day. The tragedy and its obscene bloodthirsty aftermath that led to war, torture, unfreedom... it's too much for me.

60.36a/ Sigh. My computer crashed and I'm rushing around. B"N I will try to write up my shiurim on (1) disability in halakhah with a special focus on anxiety & OCD, (2) the Akeida, (3) Sanegor & how to understand judgement, (4) the mechanism of Unetaneh Tokef

60.36b/ (5) Reverse minhagim (when a conceptual reason behind a Jewish practice becomes its main driver, cf. nuts on RH, shofar, and in a weird way Tashlich)

I'll leave with this, though: there's an axis of hard/easy, simple/complex and teshuva is simple but hard.