61.02/ I am a fan of the professional sport of American Football and, as a child of Pittsburgh, a particular avid supporter of the #Steelers. I apologize ahead of time for some intemperate comments that may be made during the season which could be non-sequitur for non-NFLers.

61.03/ From last night at the #Mets-Yankees game, a scandal that Fox's cameras lingered on that hateful flag. Ironically it symbolizes the way 9-11 was perverted by corrupt bad-actors from day one.

61.04a/ We needed to build our #Sukkah early this year which meant we made our annual trip to the hardware megastore. Because it's before YK, I needed to be a good boy & so I had to be satisfied with just taking pictures. (I need credit for NOT getting a 20$ machete. A machete!) 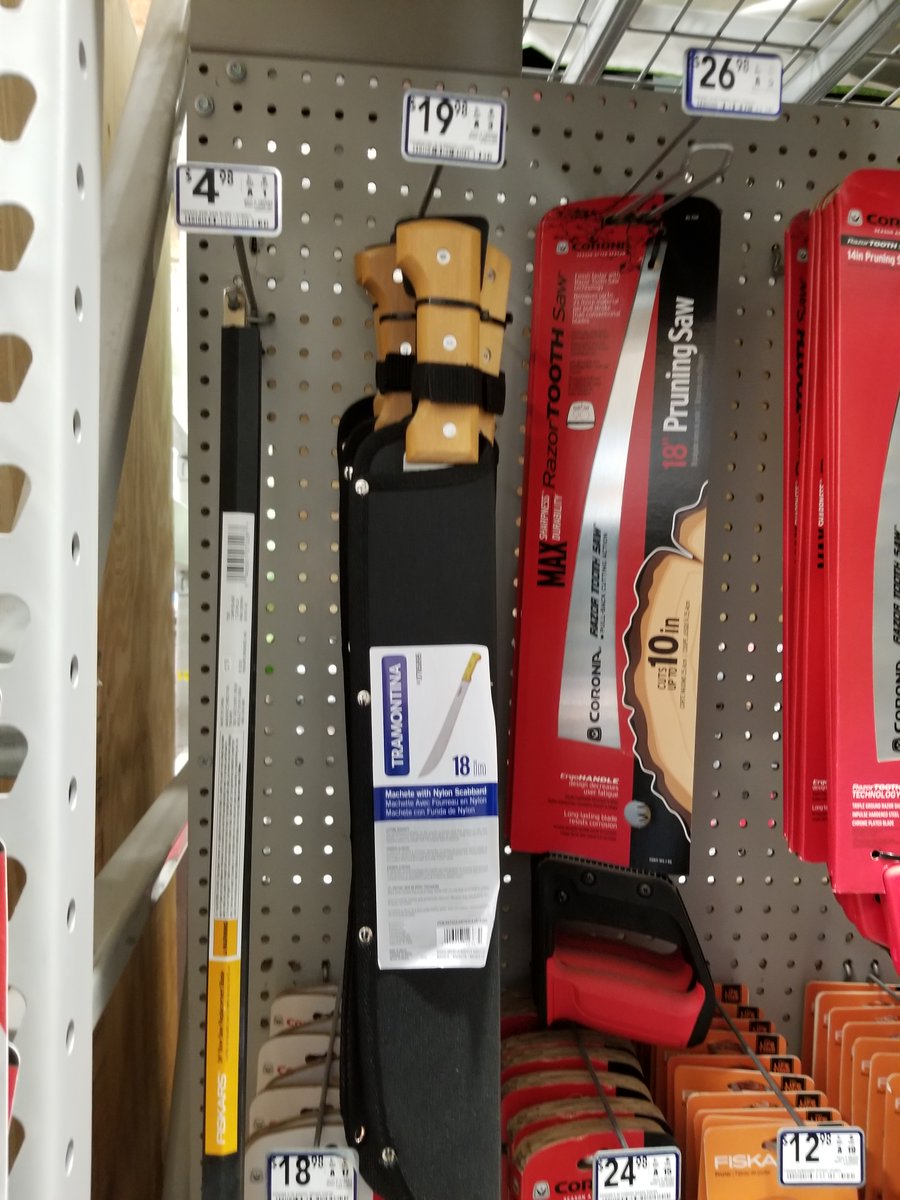 61.04b/ And look at these axes and pick-axes and other awesome tools that if I set my mind to it I'm sure I could find some kind of possible use for these things. And hammers! I assume a sledgehammer could be used for cooking, baking, and um, gardening? 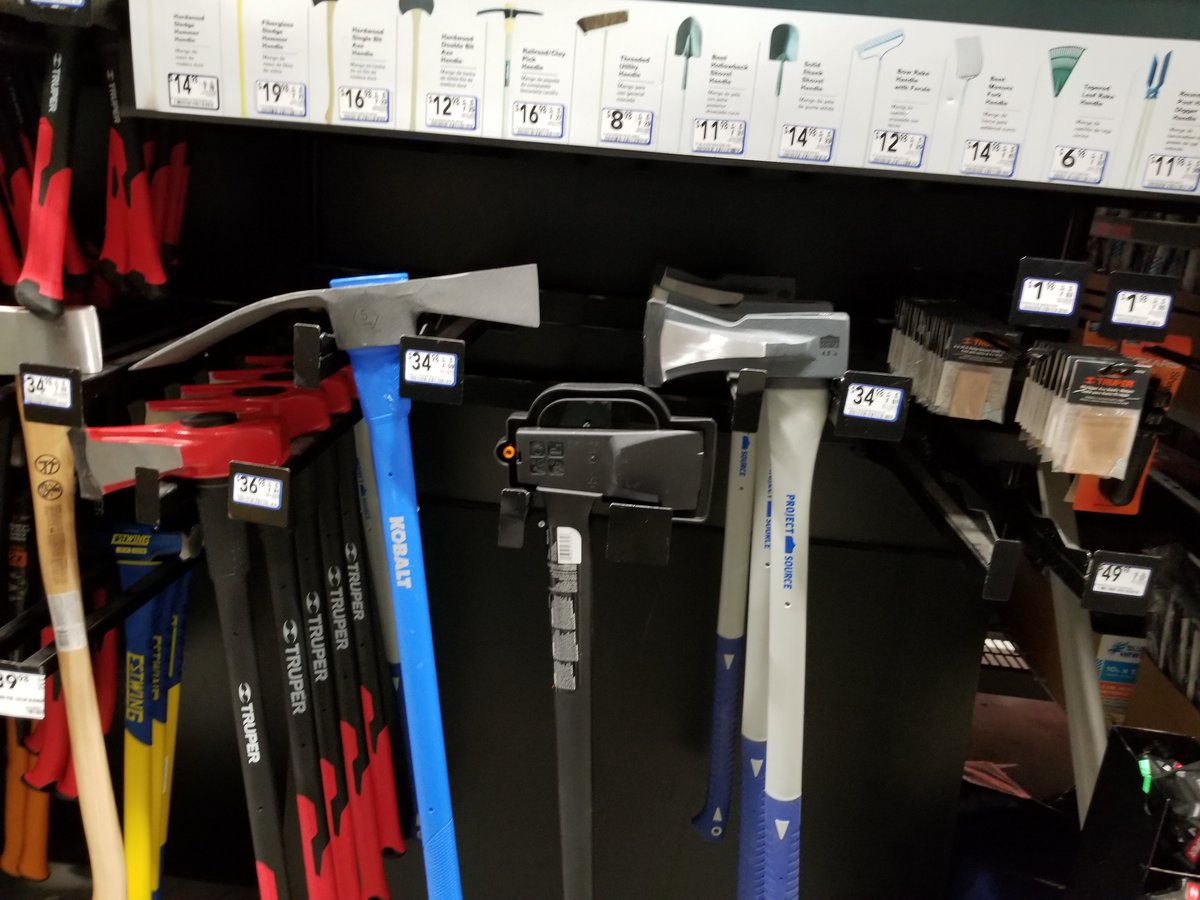 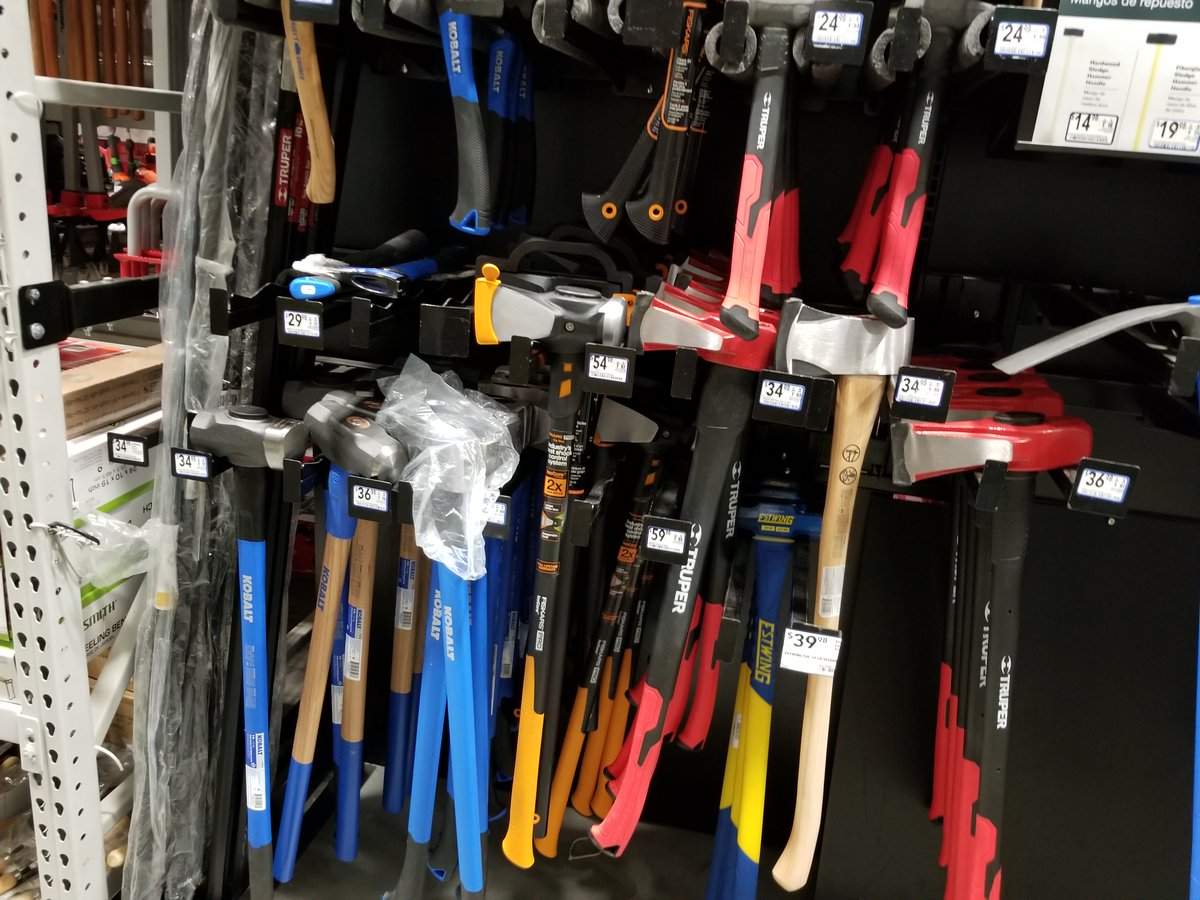 61.05/ The news of the first WOC to be an NFL referee is really cool and that I learned it from the living legend Billie Jean King is even better.

61.06/ Small thread about my sports commentary from yesterday, specifically about the #NFL.

61.07/ Other commentary from yesterday.

This is in response to the the letter making the rounds from some disgruntled Army officer whose resigning before his 20 & claims it's from principled anti-vaxxism (an oxymoron).

61.08/ I wish I knew how to capture a fun give-and-take on the Birb site... anyway, below is my part in a brainstorming schmooze done in response to a J4J Goofus who claims to be going to a "YK brunch." Sounds sus. But if true, what foods would be served?

61.09/ For those who need a home Hebrew-English #YomKippur #machzor, and also have nostalgia for 100+ year old religious sensibilities, link below for a 746 page OCR pdf download.

61.10/ This is a good point & also a great Steven Jay Gould quote. SJG was required reading in my anthropology classes and I've said a variation of this concept all my life: famous 'geniuses' are reflections of social structure & who's allowed to succeed.

61.11a/ As befits my generation, I'm a Simpsons fan (and by "Simpsons" I mean the TV show until Swartzwelder left), but I notice that available social media gifs aren't always what I found best.

For example, I have many uses for this s8e10 clip of Mr. Burns' chiropractors

61.11b/ Why? Whenever a friend/relative is going to a PT I wanted to send this along to say "have fun!"

Another needed clip is Homer and the bee from s5e3 (BTW season 5 may be the best season of all for sheer weirdness & benign slapstick).

Why this? Why now? #Sukkot.

61.12/ This is the kind of science I love (I hope there's alt-text for this; it's about what a T-Rex would taste like. TL;DR: not good, probably poisonous from cadmium. Who knew)

61.13/ Finally found an online Brewer's Phrase & Fable again. The internet has gotten so much worse over the past few years, it's nice to have something actual useful still online.
https://www.bartleby.com/81/

61.14b/ This is totally true. It's the wackadoodle cult singularity. See this thread for clips.

61.15/ Started watching the "Tyrant" series on @netflix and the jokey unserious voiceover was a yellow card. But then the first talking head I see is Andr*w "Calipers" S*llivan and nnnnnnnope. Red card.

(Only wish I had a VHS eject button that would spit it out onto the floor.)

61.16/ Thread about my son's first publication, front page of the high school parsha sheet, some advice about giving sermons, and general gushing pride.

Good coordinated messaging by the Democrats, with this message from the White House and AOC's hubbub last at the Ocean's Eight Gala last night.

[Don't be surprised. Megillat Esther is a comedy too. That's more obvious than Jonah because "Ketuvim" literally means "literature" and there's many genres in the collection, from melodrama (Iyov) to phantasmagoria (Daniel).]

61.19a/ @fangirlJeanne's threads have been helpful in deepening my own reactions to #WhatIfMarvel

#1 is my favorite so far b/c every character is unchanged yet 1 small decision has great consequences. It's also a better story than the orig.

#4 IMO weak b/c it's internally contradictory; Strange becomes Supreme only when he rejects selfishness, the "bargain"

Reminds me of this:

61.20/ My reaction thread to the death of #NormMacdonald.

Also see this clip, esp. 1:45 for the "agree to disagree," for why I really appreciated his art.
https://www.youtube.com/watch?v=smJLBIF-HW8&ab_channel=NetflixIsAJoke …

61.21a/ On one hand, I completely understand why we keep Kapparot as a minhag because the best way to get people to feed the poor is to make them think they're doing a freaky ritual and giving their sins to other people. Tzedaka with the wrong intentions is still a big mitzvah.

61.21b/ OTOH it's so close to avoda zara, and skates along on malicious self-preservation, that I will have nothing to do with it. I guess I should get data on whether this para-Azazel nonsense increases tzedaka.

On the other, other hand "shlug" is one of my favorite words ever.

61.22/ A goofy thread I wrote about last night's Monday Night Football game based on a text storm I sent my kid while he was sleeping not expecting it to get into a comedy of errors.

61.23/ In preparation for #YomKippur I advise staying hydrated. To paraphrase Monty Python's Prof. Bruce from the Philosophy Dept. of the University of Woolamaloo "I don't want to catch anyone not drinking."

I use this photo from "Chow Hound" as a goal.
https://en.wikipedia.org/wiki/Chow_Hound 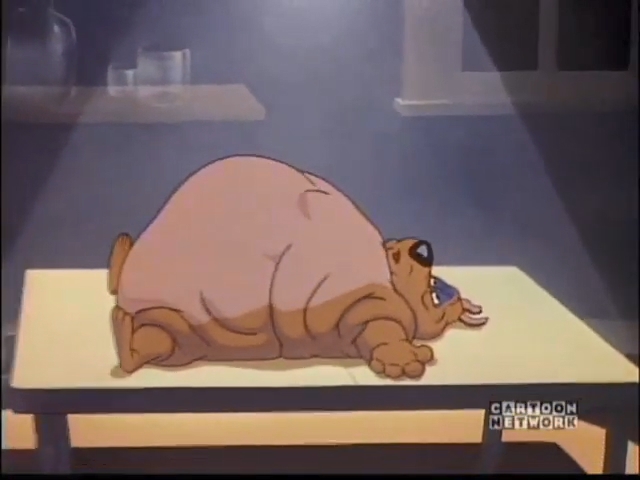 30 seconds earlier: "Why are you sitting there eating all the stale Oreos?"

(It's good to feel somewhat morbid during the davening but also crucial to have a feeling of confidence that you can demonstrate you're doing your best.

61.26/ [Synod planning the liturgy for #YomKippur]: OK, we need something boffo for Mincha Torah reading.

Ploni: Yonah for Haftara. Already sent to the printer.

S: That's great! And something really awesome from the Chumash, right? Because the morning was boring.

You've got this. God wants us to make it. The biggest obstacle is selfishness. Use the day to examine yourself and figure out how and why you think of yourself over others. Make a plan to improve. That's a lot, yes, but it's also enough.

61.28/ I don't know if I'll have time to write more before #YomKippur so I'm wishing everyone an easy fast, a good Yuntif, and I'm happy to be making the journey with my large family, in this generation, all the ones before, and in our blessed future. #TzomKal & #ChagSameach!

61.29/ #shanatova everyone. I hope we all were able to come through #YomKippur with as much of ourselves intact, body mind & soul, that we hoped to. I have a number of shiurim that I delivered (to my family) & BE"H I'll send along what I can. And now, the second half of #Tishrei

61.30/ Messy, possibly arrogant & overindulgent, thread about one of the post-#YomKippur topics I want to discuss. I admit that if there's any value in it, it's in the sources I bring and some words about the Book of Jonah. #ReshetKeshet

61.31/ Another post-#YomKippur thread with a makeshift reconstruction of the Neilah drasha I didn't give but prepared anyway.

61.32/ I must add, in service of the truth which is the source of modesty, that in 61.30 when I compared my attitude to Yonah haNavi that in a faithful correspondence to the story, I am at best one of the residents of Nineveh, if not one of the cows.  https://www.sefaria.org/Jonah.4.11?lang=bi&with=all&lang2=en …

61.33/ I have no idea what day it is but I assume Shabbas is very soon because every single day is either Shabbas, Yutif, or the day before one of those. So #ShabbatShalom everybody. Haazinu later.