Here's a wild local Halloween story that I've alluded to before, but never articulated in full.

In October 1600, Jakob von Validlingen had ended work after hearing cases in Geradstetten, as the local judge or 'Obervogt' of the area. 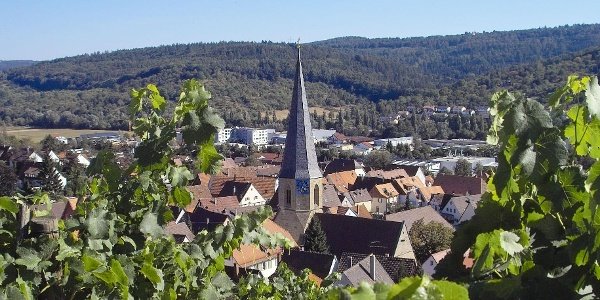 Konrad von Degenfeld was the local lord, and had been to a wedding. Both Jakob and Konrad were, not to put too fine a point on it, fond of a drink, and so retired to a local house to neck a few frothy ales and dance a jig. /2

The night progressed, many tankards of ale and fine local wine were drunk and both nded the night quite plastered.

Not plastered enough, however, that Jakob forgot his bedtime routine - leaving his weapon somewhere far away from his bed, and taking a room by himself. /3

You see, Jakob had served as a soldier, and he suffered what we'd call today PTSD.

He knew that if spooked, he could react unpredictably and violently - therefore, he always made sure to get rid of his sword before and sleep in a room by himself. /4

Unfortunately, two things happened that night to cause a tragedy.

The first was Konrad experienced a bout of sleepwalking, wrapped in a bedsheet.

The second was that Konrad had left a sword in the bedroom used by Jakob. /5

So, when Konrad stumbled into Jakob's bedroom in the middle of the night, not responding to Jakob's challenges, Jakob thought he was being confronted by a ghost.

As you would, he grabbed the sword left in the corner and ran Konrad through, repeatedly. /6

Now, normally, Konrad would have had his story heard as part of a trial. Jakob was part of the nobility, and procedures were usually scrupulously followed in such cases. No Duke of Württemberg wanted to alienate the nobles. /7

However, inthis case, that plain didn't happen. Withina day or two, Jakob received word via his priest that the Duke of Württemberg, Friedrich, had ordered his execution.

Some say Konrad's relatives in the Duke's court had pulled strings. /8

Within five days, Jakob was taken to Waiblingen, a larger time, and beheaded in front of a huge crowd.

His family was allowed to retain their assets, but Jakob paid a dear price./9 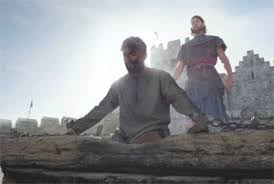 TO THIS DAY, folks say that his ancestral castle in Deufringen is haunted by a very pissed off Jakob, sometimes complete, sometimes sans head. Since the building is used by the town administration, there's a surprising number of reports of hauntings. /10 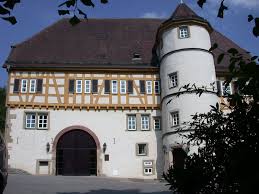 I'll be visiting Deufrinfen soon, so I'll of course give a full report...

So the moral of the story is, folks, remove all knives and sharp implements next time you have a Halloween party! /FIN