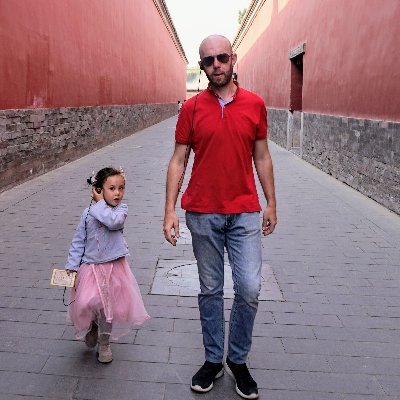 Today is the anniversary of the shameful destruction of the Summer Palace by English and French troops.

At the time Victor Hugo was the only Western personality who disapproved, which goes to show that not much has changed since...

...are those with sufficient moral character to voice their outrage...

Thankfully it is now infinitely stronger than back then. China can now proudly stand up for itself.

"You ask my opinion, Sir, about the China expedition.

You consider this expedition to be honourable and glorious, and you have the kindness to attach some consideration to my feelings; according to you, the China expedition,

carried out jointly under the flags of Queen Victoria and the Emperor Napoleon, is a glory to be shared between France and England, and you wish to know how much approval I feel I can give to this English and French victory.

Since you wish to know my opinion, here it is:

The Summer Palace was to chimerical art what the Parthenon is to ideal art. All that can be begotten of the imagination of an almost extra-human people was there. It was not a single, unique work like the Parthenon.

It was a kind of enormous model of the chimera, if the chimera can have a model. Imagine some inexpressible construction, something like a lunar building, and you will have the Summer Palace. Build a dream with marble, jade, bronze and porcelain, frame it with cedar wood,

cover it with precious stones, drape it with silk, make it here a sanctuary, there a harem, elsewhere a citadel, put gods there, and monsters, varnish it, enamel it, gild it, paint it, have architects who are poets build the thousand and one dreams of the thousand and one nights,

add gardens, basins, gushing water and foam, swans, ibis, peacocks, suppose in a word a sort of dazzling cavern of human fantasy with the face of a temple and palace, such was this building. The slow work of generations had been necessary to create it.

This edifice, as enormous as a city, had been built by the centuries, for whom? For the peoples. For the work of time belongs to man. Artists, poets and philosophers knew the Summer Palace; Voltaire talks of it. People spoke of the Parthenon in Greece, the pyramids in Egypt,

the Coliseum in Rome, Notre-Dame in Paris, the Summer Palace in the Orient. If people did not see it they imagined it. It was a kind of tremendous unknown masterpiece, glimpsed from the distance in a kind of twilight,

This wonder has disappeared.

One day two bandits entered the Summer Palace. One plundered, the other burned. Victory can be a thieving woman, or so it seems.

so that nothing of it should be left. All the treasures of all our cathedrals put together could not equal this formidable and splendid museum of the Orient. It contained not only masterpieces of art, but masses of jewelry. What a great exploit, what a windfall!

One of the two victors filled his pockets; when the other saw this he filled his coffers. And back they came to Europe, arm in arm, laughing away. Such is the story of the two bandits.

We Europeans are the civilized ones, and for us the Chinese are the barbarians. This is what civilization has done to barbarism.

But I protest, and I thank you for giving me the opportunity! the crimes of those who lead are not the fault of those who are led; Governments are sometimes bandits, peoples never.

The French empire has pocketed half of this victory, and today with a kind of proprietorial naivety it displays the splendid bric-a-brac of the Summer Palace. I hope that a day will come when France, delivered and cleansed, will return this booty to despoiled China.

Meanwhile, there is a theft and two thieves.

This, Sir, is how much approval I give to the China expedition.”