I want to scrape a chemicals database and then autogenerate a bunch of print on demand mugs from it, just in case someone finds my cafe press store and really wants a "don't talk to me until I've had my Carbon tetrachloride!" mug

Then I'll spearmint them all as NTFS so that you can pay monopoly money to be the official owner of Potassium benzoate, as proven by the borkchan.

T-shirt that says "no, I'm not happy to see you, I'm just taking my Diethylamino hydroxybenzoyl hexyl benzoate supplements!"

The declaration of independence guaranteed the three basic rights of all men, under God:
1. Life
2. Liberty
3. And the pursuit of Dichloromethane

A real man only loves five things:
1. God
2. His wife
3. His momma
4. His dog
5. Dichlorodifluoromethane

Who's got two thumbs and loves Carbonyldiimidazole? This guy!

To be truly happy, you don't need wealth, or power, or even love. You just need Methyl chloroformate 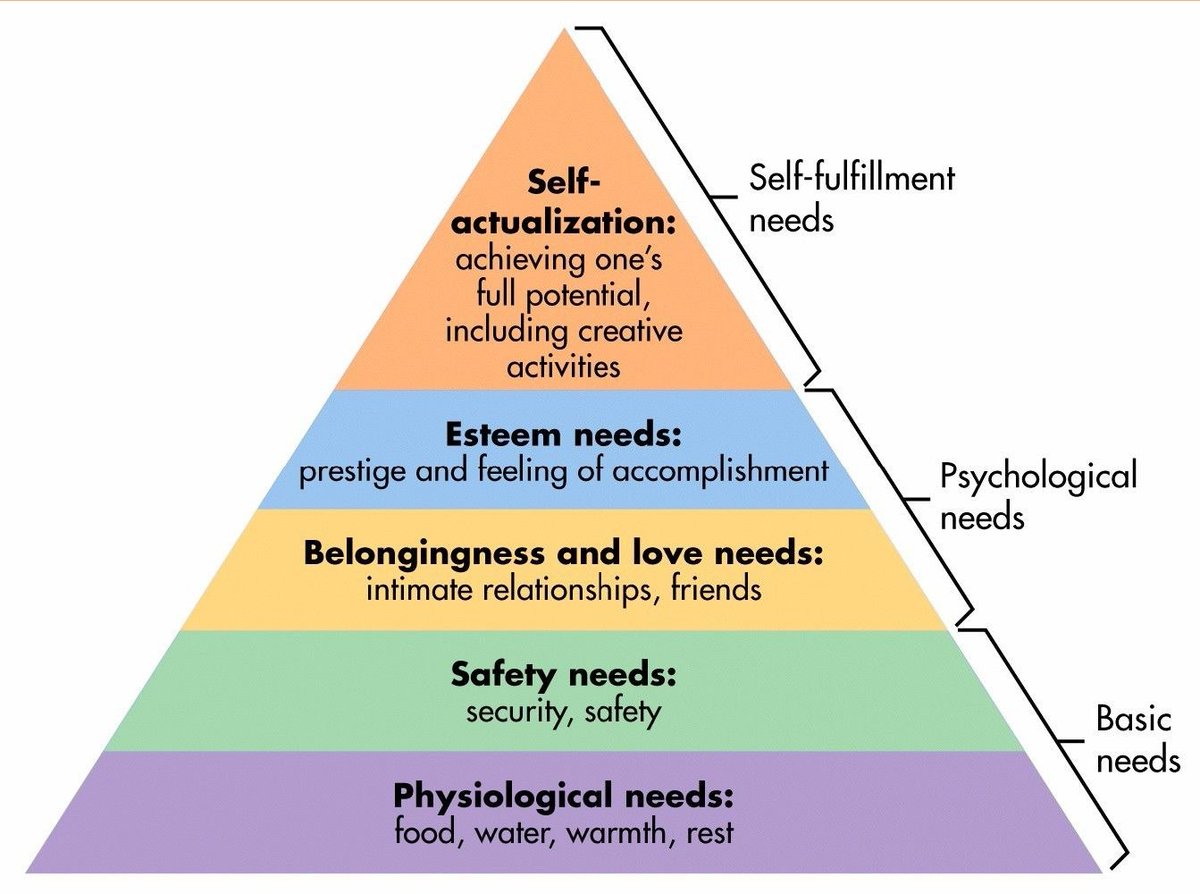 My guardian angel took the day off when he saw I had my Thionyl tetrafluoride with me.

"all you need is love" was wrong, you actually need love AND Isovaleraldehyde.

Butylated hydroxyanisole is proof that God love us and wants us to be happy.

Anyway I don't know anything about chemistry.

Other than that it's meaningless if you don't have Methyl L-α-aspartyl-L-phenylalaninate.

Fun fact: everytime I reply to a thread starting with "anyway" that's an attempt to end the thread

For extra fun at home, count up how many times this happens in a long enough thread

Because the thing about ADHD is that although it gets stereotyped as "distracted by random shit so can't focus on the task at hand", it's more like "can't control what you focus on"

The end result is the same, you still couldn't focus on what you should have focused on, but you at least maybe did something interesting with your focus in the meantime.

So you'll have times where it's like "I wasn't able to get the 30 minutes worth of easy work I needed to do today done, but I did spend 7 hours straight (without eating or using the bathroom) writing a mod to translate Skyrim into Latin."

It's neat because you can do the dragon shouts with Latin grammar now (so order isn't important) but if you get the conjugation wrong you might set yourself on fire instead of summoning money.

Anyway the last step of making the mod was to upload it to nexus mods but I can't remember my password and resetting it and then writing a mod description is boring, so now that the hard part of the job is done I have zero motivation to work on it.

Like one thing that happens a lot with people who have adhd is that they'll have like homework or a job project coming up and they can't do it until last minute, and then they do it all in furious panic, and are suddenly very productive.

And you wonder "why can't I be this productive all the time?" and it's because you're using the adrenaline of the pending deadline as a substitute for motivation.

This works, but some things can't be done last moment like that, and also it's a coping mechanism which really nasty downsides.
If you can only get shit done when you're in a panic, congrats! You just gave yourself an anxiety disorder!

And I think there's a similar thing that often happens with difficulty. Because an often mentioned ADHD paradox is how it's so often the EASY shit that just can't be done.

You know this is only gonna take 10 minutes and it's not hard, but you cannot get any motivation to do it.

The commonly mentioned anecdote of the thing you put off for weeks and weeks and then when you finally do it, it's easy and over in like 15 minutes.

And I think an often overlooked part of that is that this doesn't just happen as a weird thing that crops up when someone with ADHD needs to send a letter or call a government office, it also comes up in what you work on.

I think another substitute for motivation that people with ADHD often use is difficulty, as weird as that sounds.

That's why people with ADHD often hyperfocus and work on something for hours and hours without breaks, because the problem is so intellectually stimulating that their brain is like "finally, some good fucking food!"

Which explains what I joked about earlier: you hyperfocus and do the hard shit, then get to the end and all that's left is some simple boring stuff to finish it off, and your motivation vanishes.

You finished the easy part. It's like climbing a mountain and you get to the top and you just need to walk a few feet up a gentle slope and take a picture next to a flag and your brain goes "nope, can't do it. Boring. Got any cliffs I can climb?"

And I feel I should mention I think there's a difference in how neurotypical and ADHD people talk and think about motivation. Neurotypical people seem think of it as like a bonus that gives you a drive to go above and beyond, to have pride in your work.

And if they don't have motivation, it won't be any fun to do the thing, they'll get tired and frustrated quickly, but they can just get on with it.

With ADHD, motivation is more essential. You have to have it, because without it you basically cannot do anything.
In other words, people with ADHD have a much harder time "just doing it", if they can't find motivation.

And often you don't know why the motivation isn't there. It's not like you can always point at simple reasons, like "it's boring" or "it's hard" or "I don't want to do it".

Quite often it's something you really want to do, something fun, something with obvious rewards!

But nope. Motivation says no.

Which is why you often get situations where panic is used instead of motivation. You can't get started on this project, until it's the absolute last minute and now you really Have To and suddenly you can

Which is really the worst coping mechanism because not only is it giving you anxiety, but it appears to work!

You're turning in all your homework, you're doing all your work projects, you're getting the stuff done you need to get done.

And since you're not failing anything no one goes "hey, you got your homework done on time, are you doing okay?"

You're just driving yourself to more and more anxiety every time you do things. That is a perfect recipe for burnout and it comes out of seemingly nowhere.

There's no slow decline, no signs you're slipping, no points where others will see the problem and step in to help you out.

You're just doing seemingly well, and behind the scenes the anxiety goes up, and it's like a boiler that's being driven harder and harder. The pressure is increasing, but no one notices because there's still plenty of steam coming out.

And then it just explodes.
You have a complete meltdown, you crash, and no one saw it coming.

It also doesn't help that the medicines (and non-medicine drinks) that help with ADHD are stimulants.

Fun Medical fact: STIMULANTS DO NOT HELP WITH ANXIETY, IN FACT THEY MAKE IT WORSE

Anyway my main point here is that while I've read lots of stuff that talks about how people with ADHD often use last minute panic as a replacement for motivation, I've not really seen stuff talking about difficulty as a replacement.

The "do you lose all interest in a project once the hard part is done?" thing is sometimes brought up, yes.
But nothing about how it seems the ADHD coping mechanism started earlier.

You chose the hard thing on purpose, or at least were unusually able to get work on it done, BECAUSE it was hard. The difficulty made it interesting enough to keep your brain invested.

ADHD: the "where I come from, we call that a challenge!" syndrome

Anyway anyway I said I was ending the thread then mentioned something about how saying that means I'm ending it but I often fail because adhd and guess what happened next? 100 tweets about adhd, and I still haven't gone into the grocery store I parked at an hour ago

And I can't remember what I needed here

I think I figured it out, but 10$ says I get home and someone goes "oh you went to the store, did you get the X I asked about?" and I'll go FUCK

Anyway (ha!) if you read this and go "oh God I have adhd", in my adhd class (because yes, I had to take lessons on how to be this dysfunctional!) the teacher mentioned that if you test children on ADHD behaviors, 25% of them will show them, and only like 5% of adults do.

And you can interpret that in a lot of ways but the one the teacher wanted to point out is that maybe a lot more people are on the ADHD spectrum than we think, it's just that most people build coping mechanisms that make them functional enough to get by

Like to go back to the joke this thread started with a riff on: "don't even talk to me until I've had my coffee". How many people do you know who aren't functional without coffee or tea or redbull or whatever?

Caffeine is a stimulant. Stimulants help people with ADHD.
Something like 8 out of 10 Americans have at least one cup of caffeine a day.

How many of them are doing it because they're unknowingly self-medicating for ADHD? Who knows?

And the real risk of having a coping mechanism you don't realize is one is that you don't understand the effects that'll happen if you just stop.

Like maybe your doctor is like "hmm your blood pressure is too high, you need to go off caffeine" and you do, but instead of a week or two of headaches and getting back to normal, you completely lose the ability to do anything.

Or like I said before with burnout, maybe the costs of the coping mechanism just become too high. You keep pouring on the anxiety to get more done until you hit the project that takes too much work to do in that way and it pushes you over the edge into a crash.

Like the stereotypical idea of "person with adhd" is a fidgeting 8 year old boy, but someone said that a more accurate image is the woman who does great in high school and gets to college and crashes out in the first year with a mental health crisis.

and trying to cope by applying "anxiety, but HARDER" doesn't end well.

I know way too many people that applies to.
Myself, to some degree. I had an entire year of college that basically didn't result in any movement forward on my degree, because I just hit a ceiling on my anxiety and fell apart.

Anyway that's another random tangent. I have adhd, can you tell?
I gotta go do stuff.