Why's that company so big? I could do that in a weekend

In most discussions about twitter on HN, a bunch of devs drop in to say bot removal is so easy twitter obv. must not care at all. 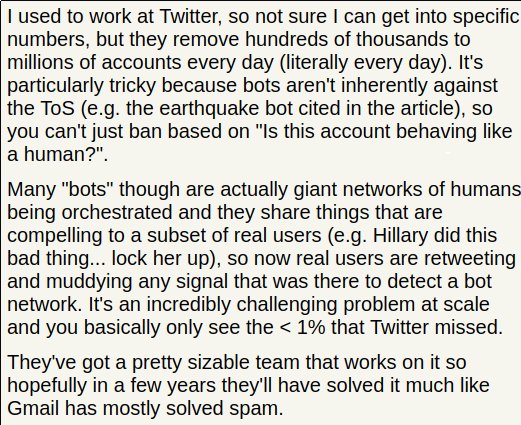 One thing I think is interesting is that increased scale doesn't seem to help here.

Despite Zuck's bluster, I get about the same amount of spam in FB as I get in Twitter and Gmail sends me more spam than either despite probably investing much more effort in spam prevention. 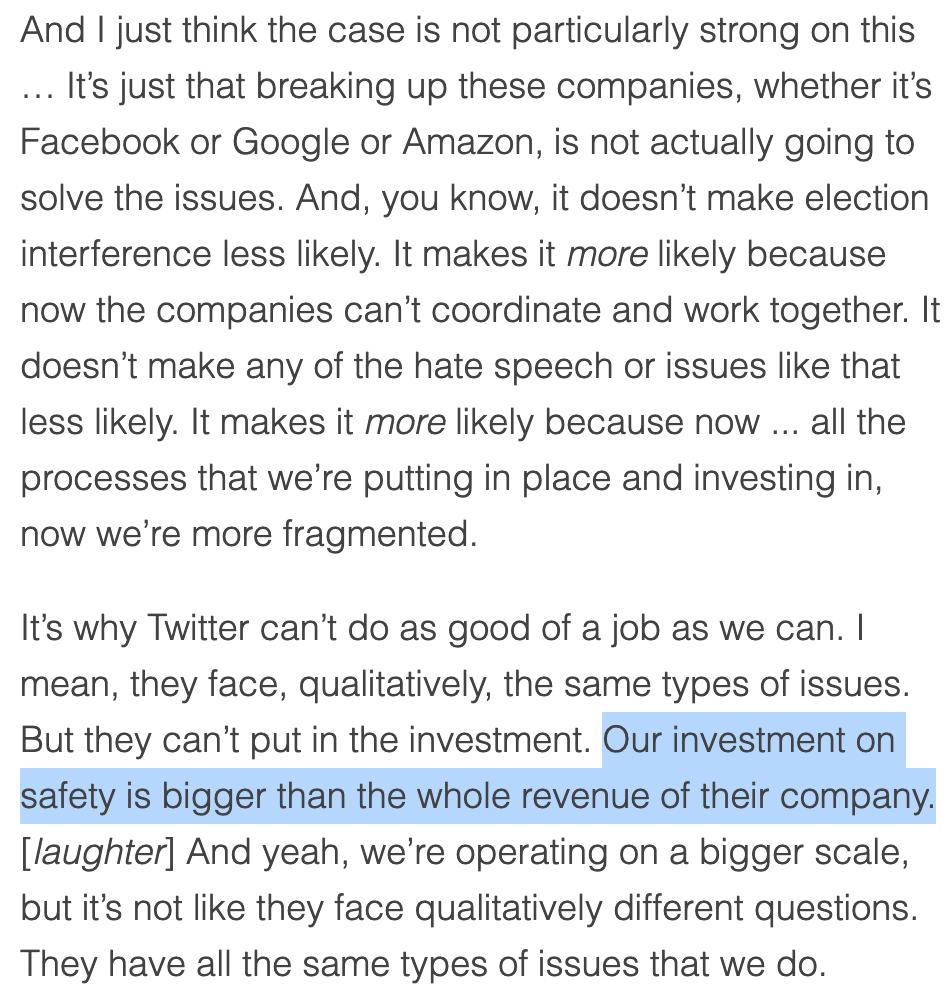 On the flip side, the least spammy/noisy forums I read are tiny, small enough that they can be moderated by 1-2 people.

You see the same thing in other areas too, e.g., Windows has more malware risk than Mac, which has more risk than niche stuff like Haiku or Illumos.

Sure, big platforms have more resources, but they're also bigger targets.

I don't think it's obvious a priori which of these factors should win but, with current technology, it looks like being a smaller target is more effective than throwing money at the problem.