I have been quiet of late I know, but I am preparing several important stories. Here’s one final observation on yesterday’s indictments; this part should make a number of bad guys nervous. (Thread) 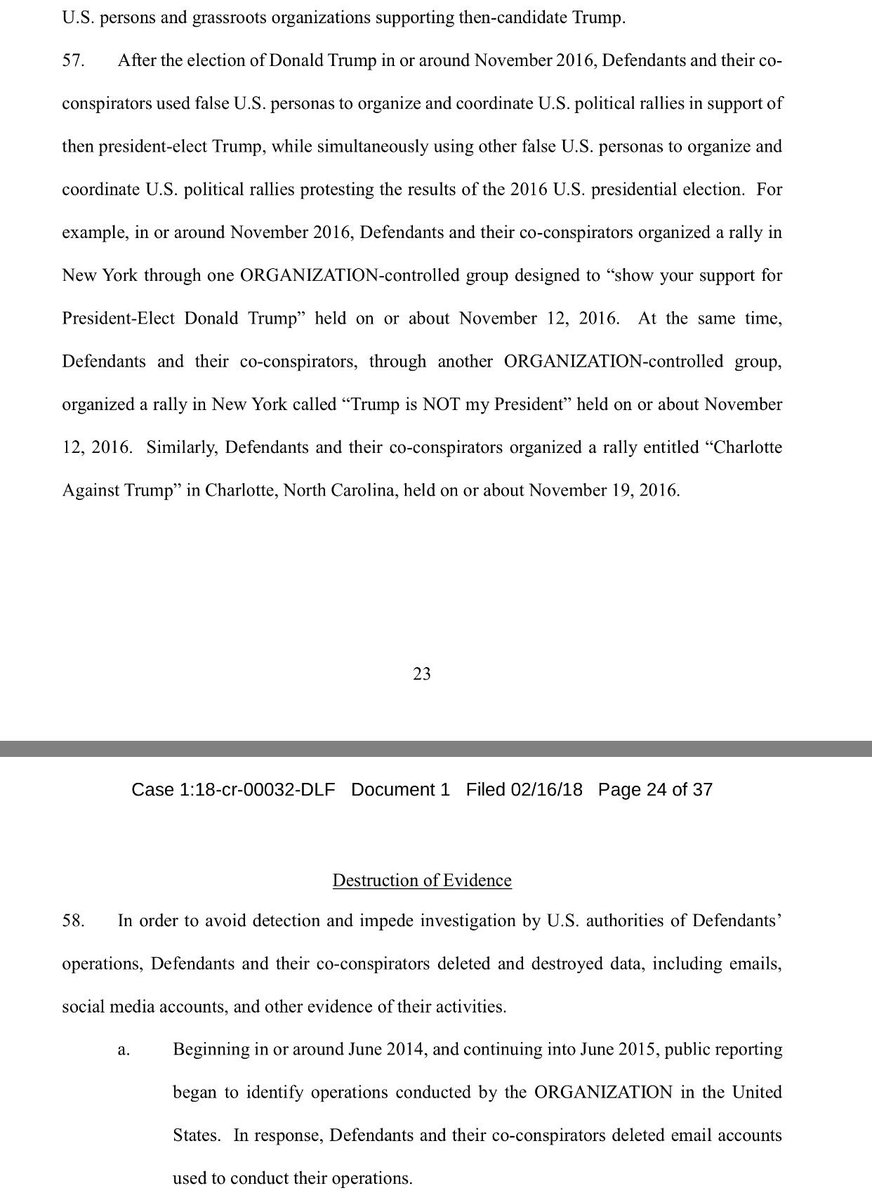 First, the anti-trump and pro-Trump rallies were organized by Russia in the same city for the same day.

That looks like Russia was pushing for violent clashes.

Second, the indictment singles out “Not my President”. @OfficialNMP has been conclusively shown to be a Russian troll, and not by me, I might add.

Third, and in a so far unnoticed part of the indictment, ominously for @ericlichtblau, I think, Mueller states that the public reporting on “The Internet Research Agency” caused the owners to delete evidence and cover their tracks. Cc @FranklinFoer

The technique of using the press to publish a story that would warn the perps was used to warn Alfa Bank of @FranklinFoer’s groundbreaking story on its server. It was used on me, and I broke the Trump Russia investigation with my FISA report at Heat Street.

After I published my FISA exclusive on Alfa and SVB Banks, their servers again ceased to communicate with the Trump Tower server. I was used by an asset of Russia, and have spent a year attempting to atone for that. (Not that it mattered. USIC was already in their packet data).

Warnings to Russian actors to change their ways - that they’d been “made” - were thus delivered, wittingly or unwittingly, by journalists in mainstream publications. These included myself, @EricLichtblau (and @AdrianChen, per Mueller’s indictment).

I think the “Not My President” rally on the same day and in the same place as a pro- Trump rally will become far more important. Those organizers were unwitting. I think we will hear of witting colluders in other pro/con rallies later - some being paid to tweet about them in BTC

Further and finally, “Not My President” being Russian and @OfficialNMP being a Russian troll will also be important as further indictments are handed down; this time on knowing Russian colluders who spread lies about vote tallies being changed - referred to in this indictment.