So I'm doing a project where I'm training a neural network to generate new knitting patterns. It's going very well.
This is "Mystery lace", test-knit by DataSock.
https://www.ravelry.com/discuss/lazy-stupid-and-godless/3718985/426-450 … 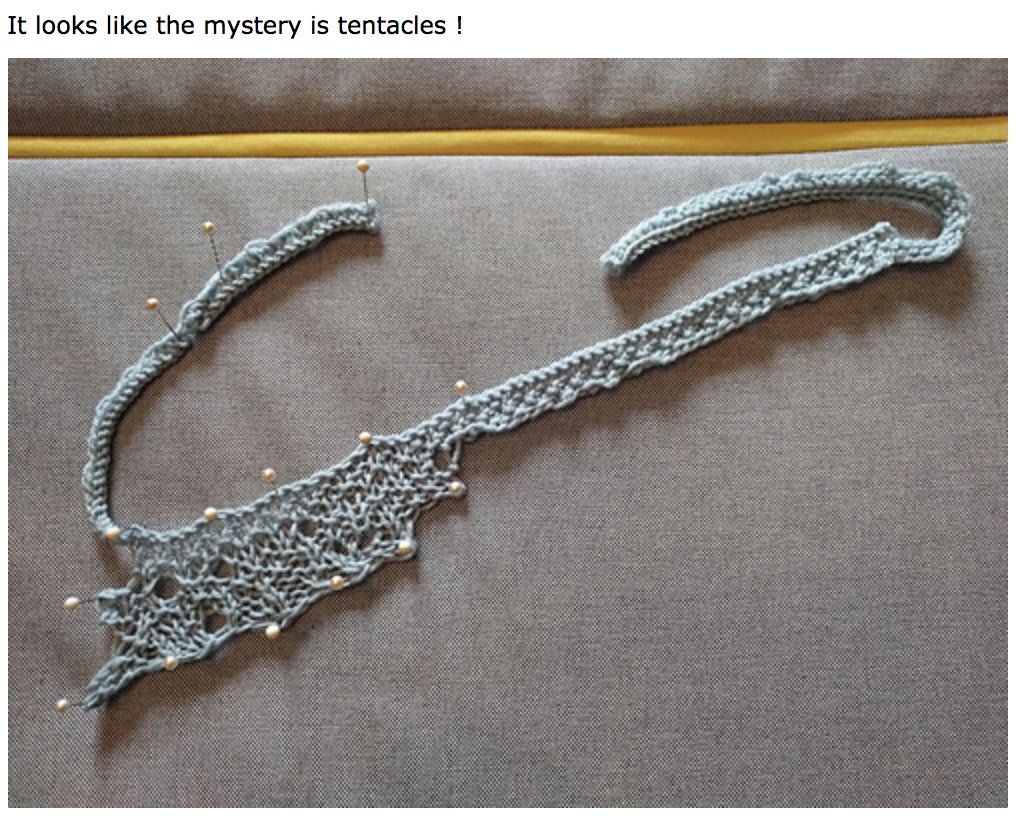 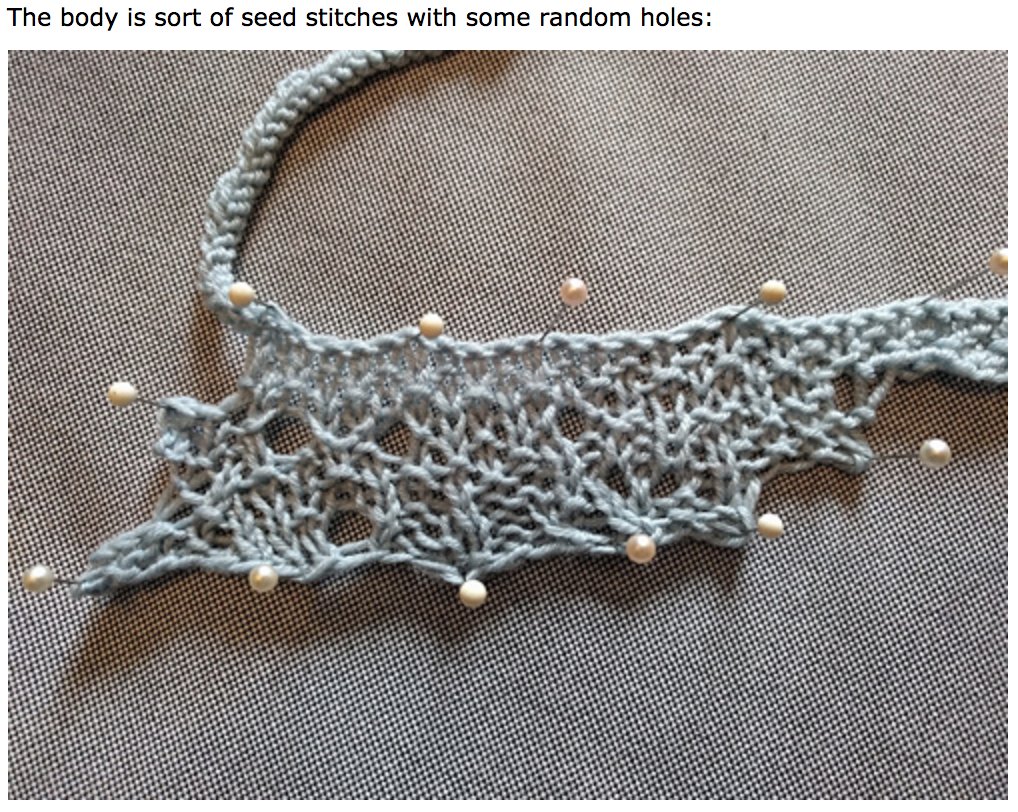 I'm training it on a combination of well-behaved swatch patterns from  http://stitch-maps.com  and a crowdsourced set of socks, tentacles, and unmentionables from  http://ravelry.com  . And some good sports at Ravelry have been kind enough to test-knit.

This was the first pattern the neural net made. It didn't have a title because the neural net hadn't learned to do titles yet.
Test-knit by emmasee100.  https://www.ravelry.com/patterns/library/first-training-checkpoint … 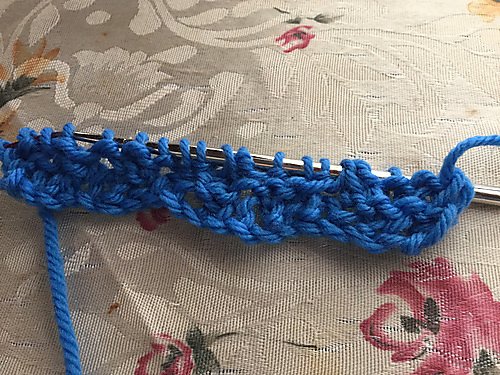 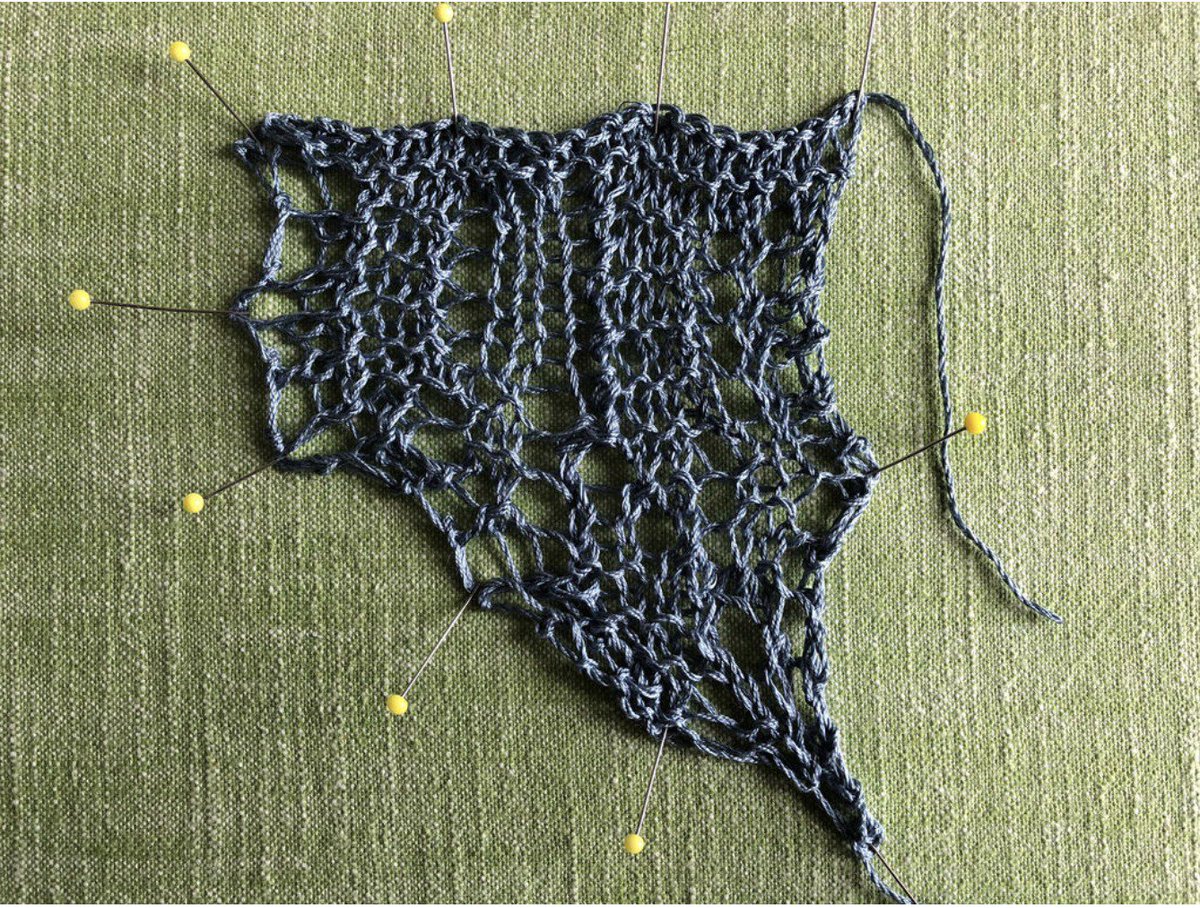 I should probably note that I have just as much knitting knowledge as the neural net: that is, none. There are way smarter ways to build a knitting algorithm. Very early on, I realized humor would be my goal. Hence the tentacles in the dataset.

Nobody attempted to test-knit this one, for some reason.

I learned knitters are amazing at debugging, used to fixing all sorts of pattern problems. They took most of the neural net's mistakes in stride.
Test-knitting: CorvusAlatus  https://www.ravelry.com/discuss/lazy-stupid-and-godless/3718985/251-275#267 … 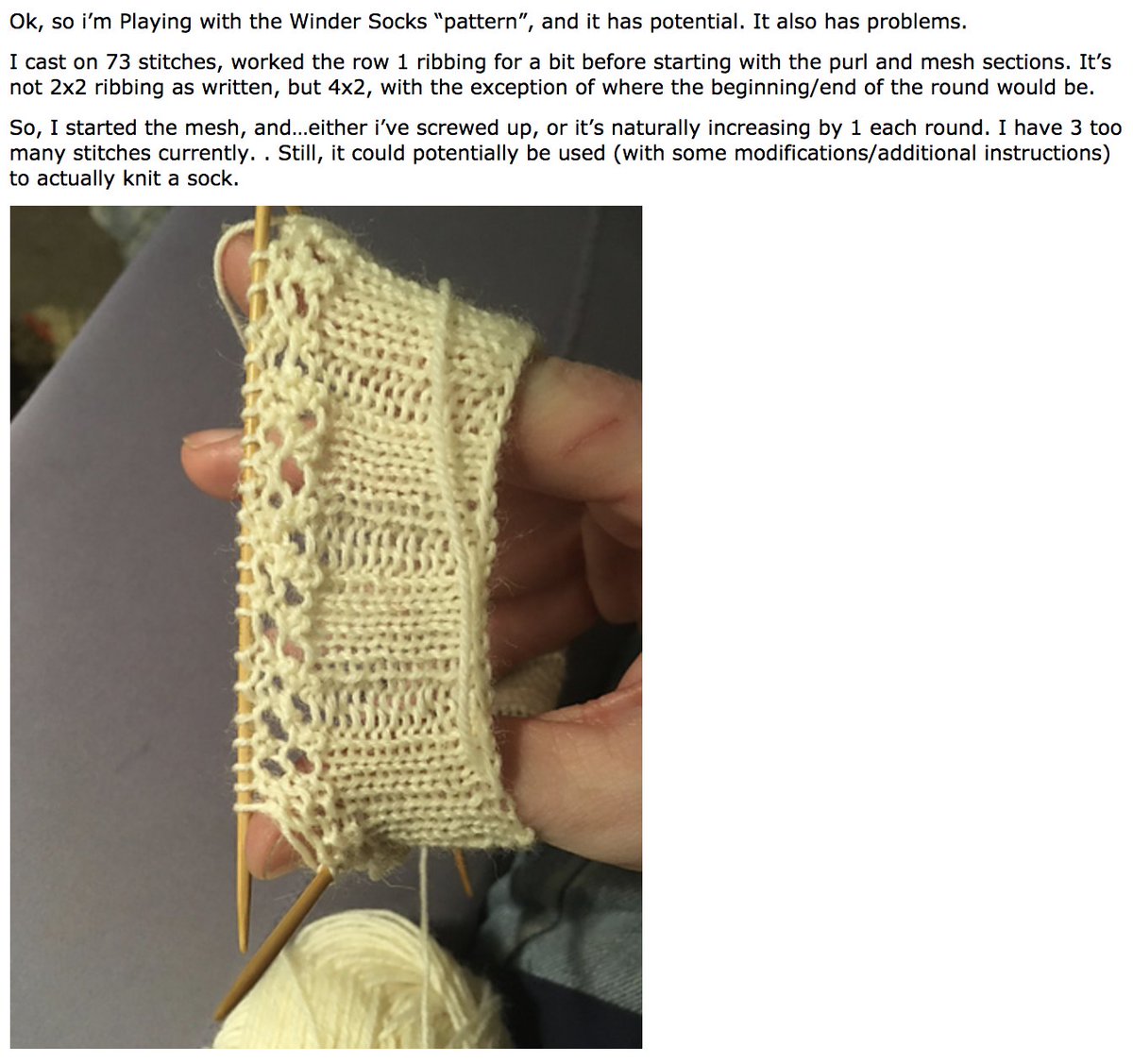 The neural net did learn to give the patterns titles. This one's called "Head-Twig". Test-knitting: mathildeknits who said "this one made me grow antlers"  https://www.ravelry.com/projects/mathildeknits/ai-weird-weird … 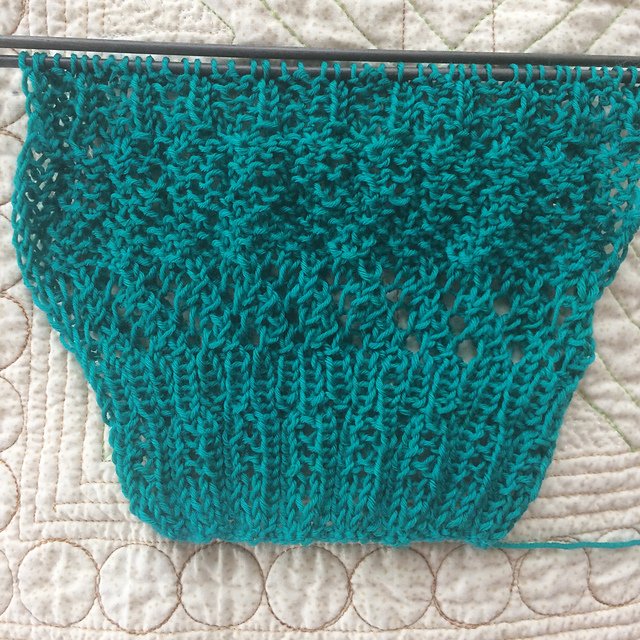 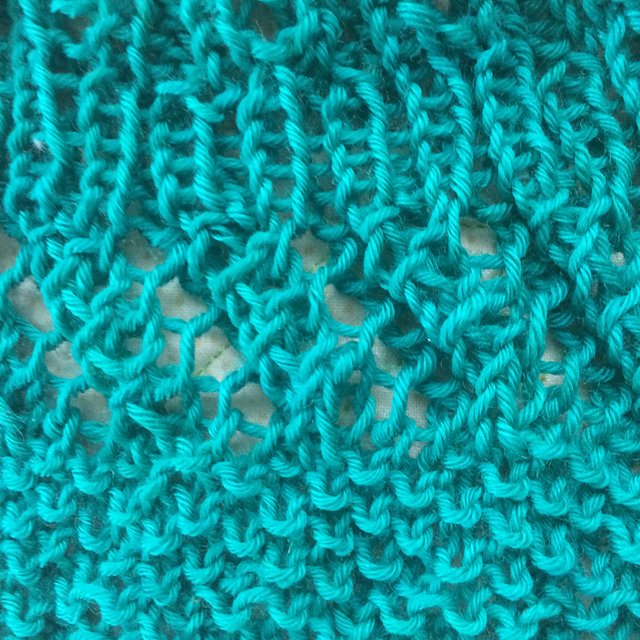 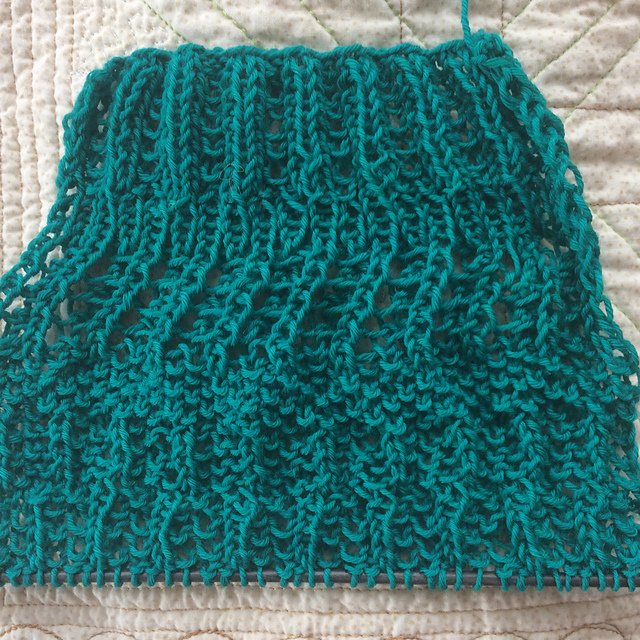 Some of the early patterns had promise. This is "Baby Leaf Lace".
Test-knitting: GloriaHanlon and Garpu 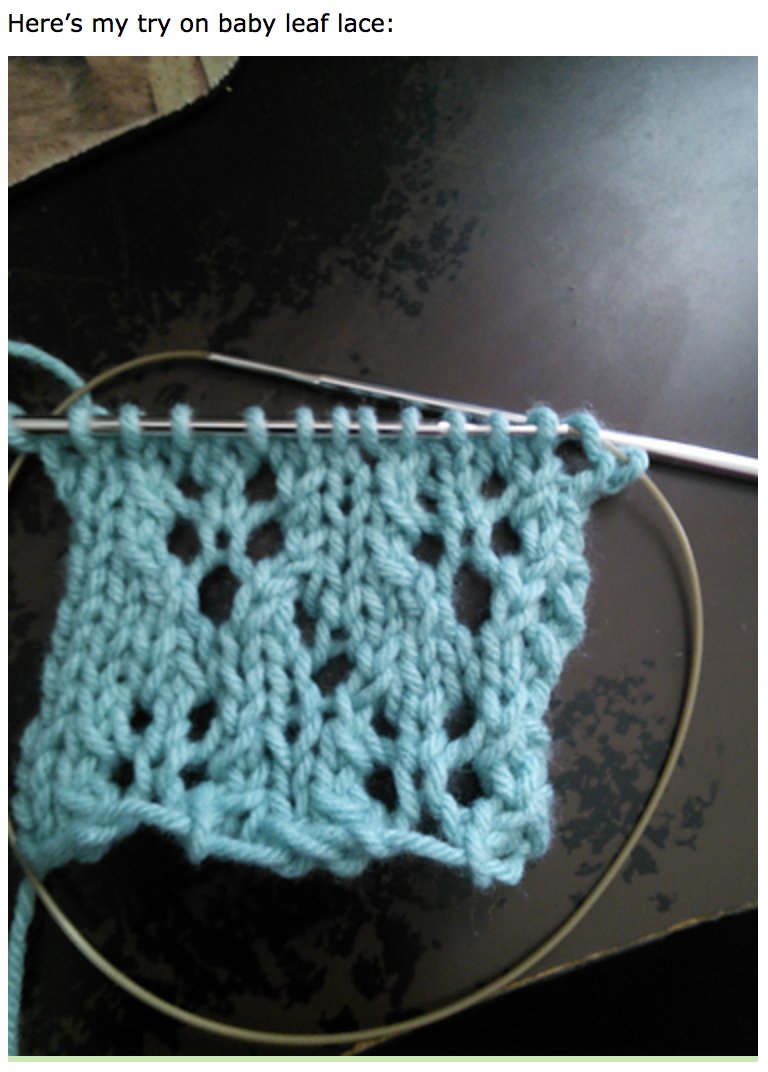 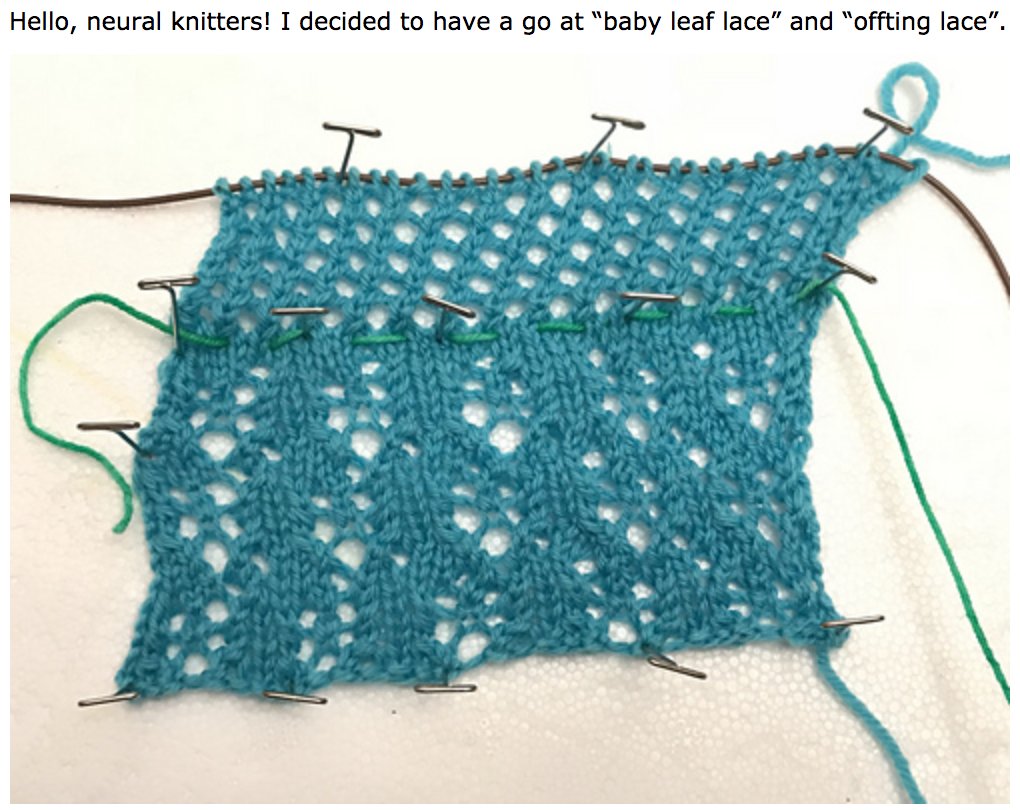 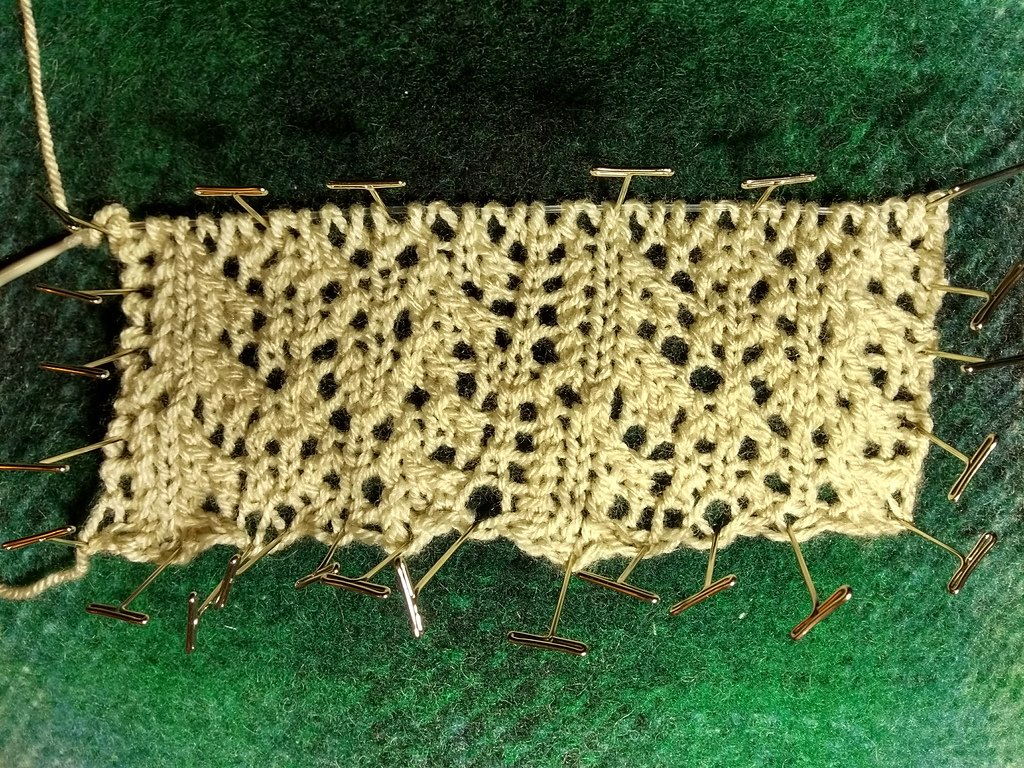 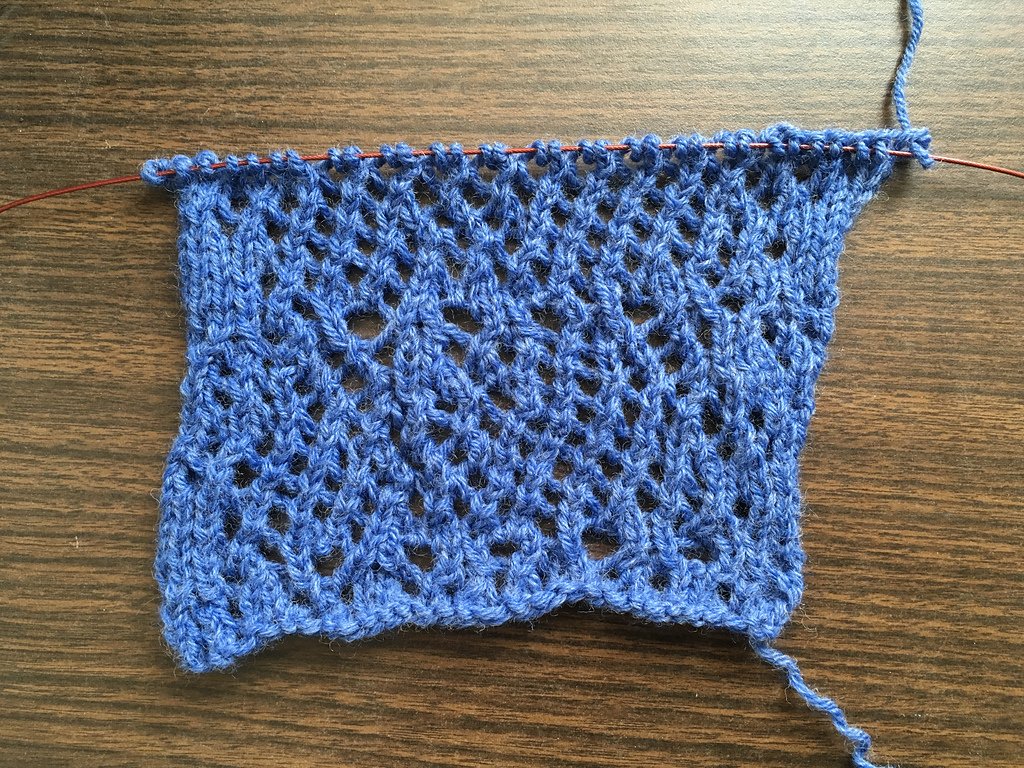 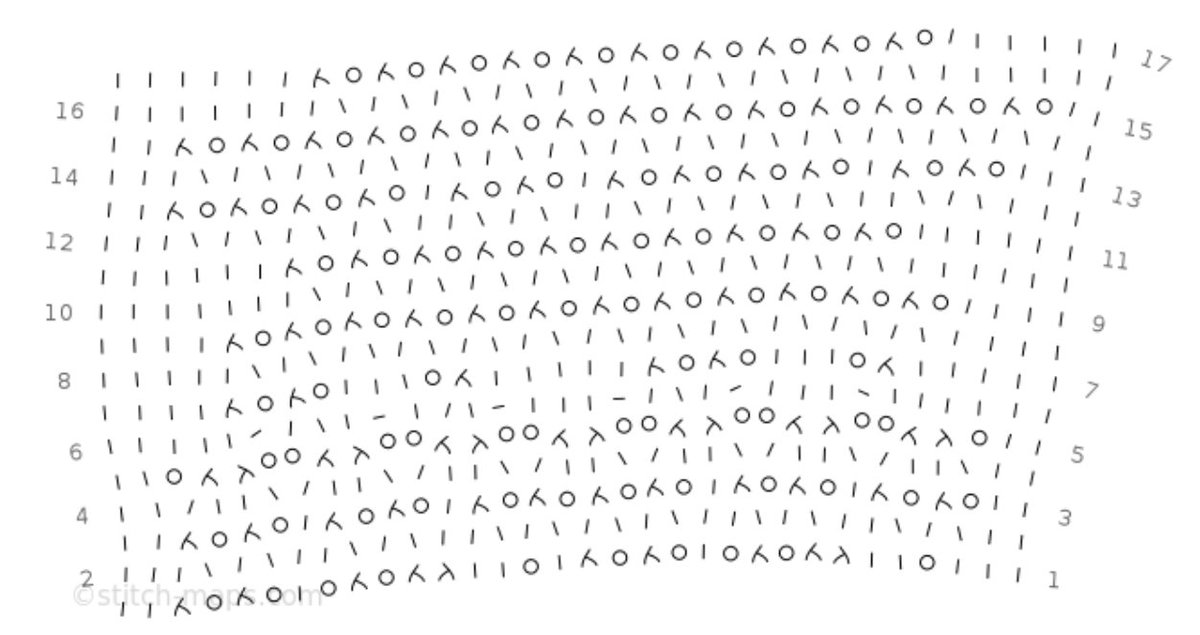 A bit about why knitters are so good at debugging: