Preliminary finding from Senate Intelligence Committee investigation: “The Kremlin used the @NRA as a means of accessing and assisting Trump and his campaign:”  http://bit.ly/2Ip0sTn 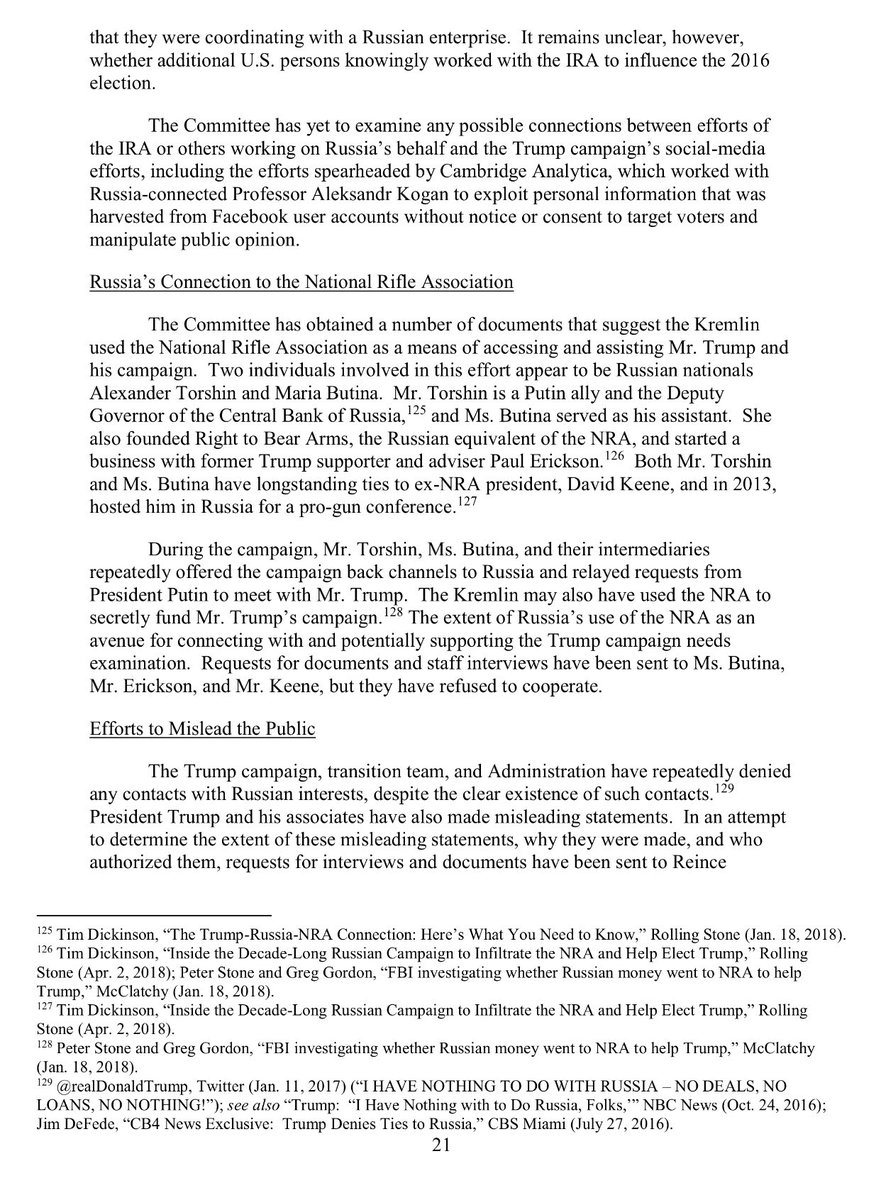 “Two individuals involved in this effort appear to be Russian nationals Alexander Torshin and Maria Butina. Torshin is a Putin ally and the Deputy Governor of the Central Bank of Russia, and Butina served as his assistant.”

“Butina founded the Russian equivalent of the @NRA, and started a business with former Trump supporter and adviser Paul Erickson. Both Torshin and Butina have longstanding ties to ex-NRA president, David Keene, and in 2013, hosted him in Russia for a pro-gun conference.”

For more than a year, there’s been a drip, drip, drip of alarming revelations about the @NRA’s connections to allies of Russian President Putin. And the NRA can’t keep its story straight when it comes to Russian money or its ties to Russia.

This much is clear: The @NRA is a well-funded special interest group that spent more than $30 million to elect Donald Trump. And they need to tell the full truth, explain their relationships with Putin’s allies, and reveal exactly how much NRA money is connected to Russia.