In which I train a neural network classifier to answer the question: Metal band or My Little Pony?
http://aiweirdness.com/post/174211306032/metal-band-or-my-little-pony … 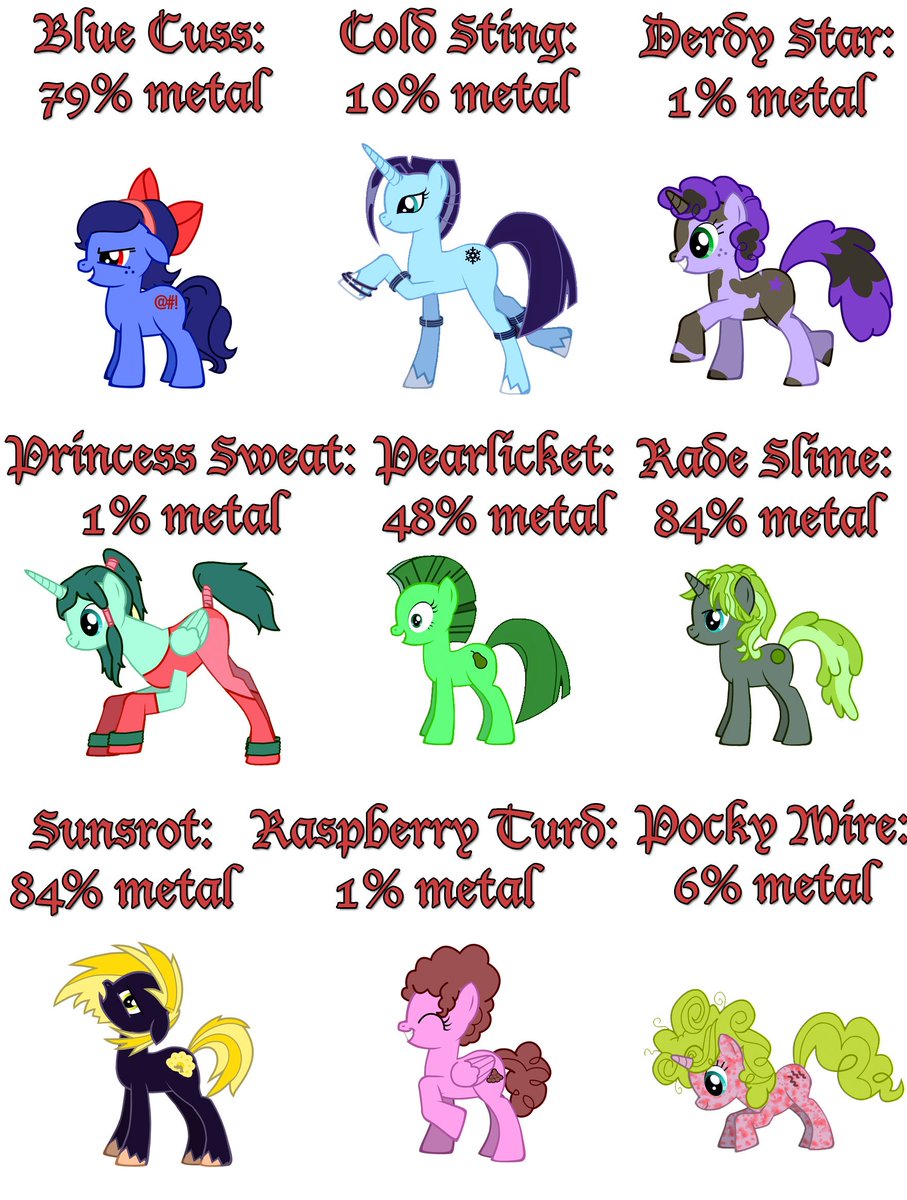 The metal band or pony? classifier has also returned its verdict on another neural network's generated metal bands. It mostly agrees, but Staggabash? Clearly a pony.
http://aiweirdness.com/post/160407271482/metal-band-names-invented-by-neural-network … 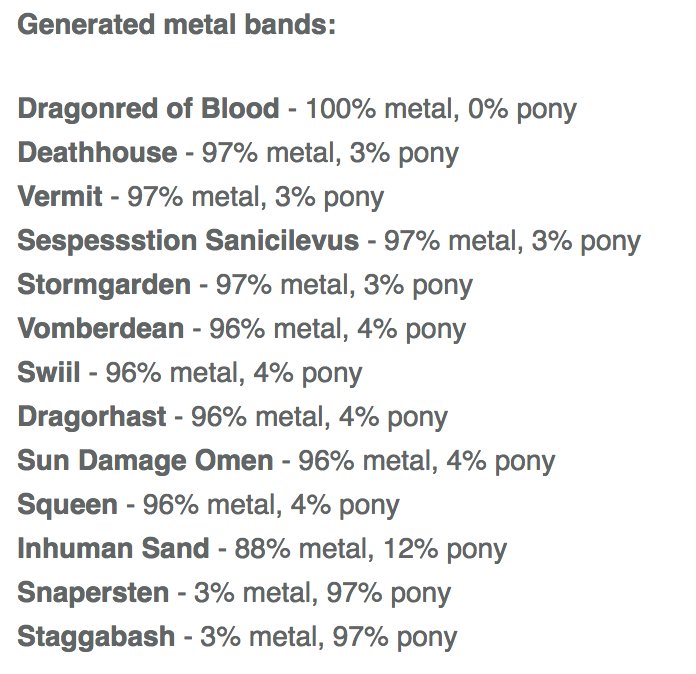 The classifier's entire world is metal bands and ponies, but I like that it will classify ANY text I give it. 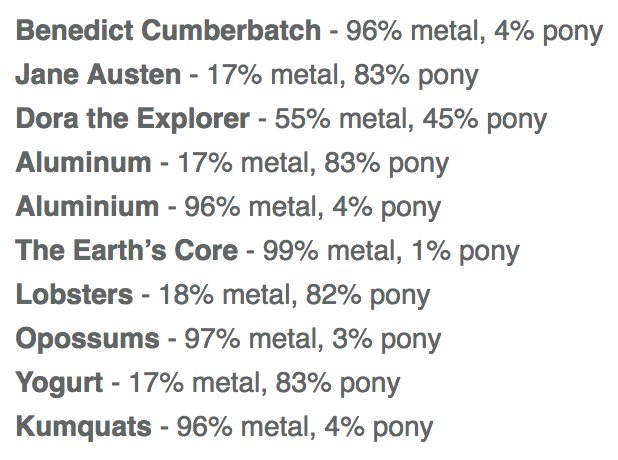 The neural network classifier has rated the following Star Wars characters as metal or My Little Pony.

Here's how the metal vs My Little Pony classifier has divided up the solar system. Oddly, the only object that really confused it is Neptune. 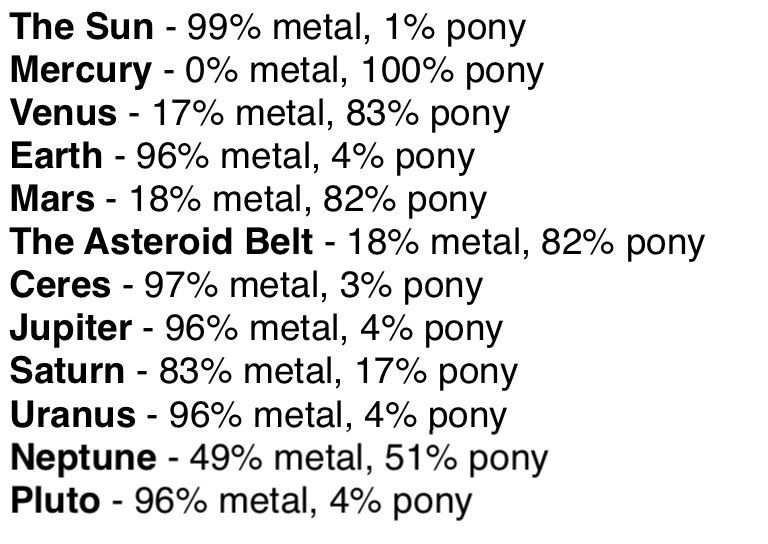 In case you were wondering, here's the latest from @IBMWatson's natural language classifier. (Possibly this was not its intended use.)